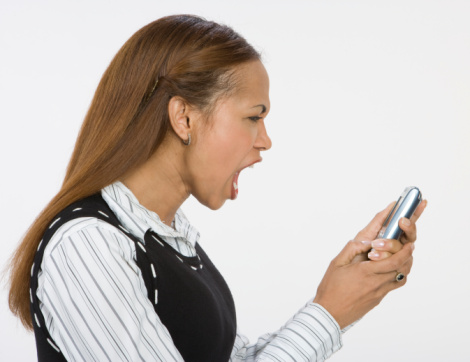 Trigger points are those moments when our brain turns off, and our actions and reactions become “instinctive.” You know them, and you have them. Something happens that “sets you off.” It is a response that comes from deep inside, and it happens without you even thinking about what is happening. It is very visceral. Your pupils dilate, your heart rate increases, adrenaline is racing through your system, the fight or flight response is in full play. It is at these times that leaders are at the highest risk of making a significant mistake. Trigger points hit us when we run across a rattlesnake while hiking or when we suddenly lose traction on a wet highway. However, they also happen at work when someone challenges or criticizes us.

How do I prevent this from happening? Pay attention!

A couple of years ago, I was 20 miles into a long bicycle ride on a two-lane country road. It was very peaceful, but I was struggling with an unrelenting crosswind. You might say I was in my little cocoon of thought and physical effort. A car quickly approached me from behind, and just as his front bumper was at my shoulder, he laid on the horn. My heart jumped through my throat, and my trigger response was to “flip him off.” I quickly recognized that it was a BIG mistake because I watched as the car began to brake, and about 200 yards in front of me started to make a U-turn. I am now feeling very vulnerable. I’m on a deserted road with barbwire separating me from open fields on both sides. I know I cannot outrun the car and have very few defenses at my disposal short of throwing my water bottle or my bike at the aggressor.

My trigger was the visceral response to someone scaring me while I was already in a vulnerable state as a solo bicyclist on a narrow road, knowing cars present a significant risk. This event triggered the inappropriate response of “flipping them off.” It wasn’t a measured, thought-out response; it was a “triggered” response.

Learning from this, I realized that this “flipping off” response was probably not a good idea. Making that mental note in the context of this terrifying scenario allowed me to change my behavior. Now, when someone startles me, I still get that shot of adrenaline but what I don’t do is flash one half of a peace sign, I say something, probably profane, to myself, quietly.

Taking this metaphor as an example, start to pay attention to your trigger points. Is it when someone walks up to you at work and says, “What were you thinking?” Is it when someone questions your authority or ability? Is it when someone accuses you wrongfully? Start to catalog these response triggers and come up with response strategies. Creating this catalog isn’t easy. These triggered responses are learned behaviors that have been ingrained over a long time. Behavioral modification is not easy. You have to learn to engage your brain before or while your body chemistry takes over.

After each occurrence, when your instincts over-ruled your thoughts, debrief yourself and make a plan on how you are going to handle this situation differently the next time because we know there will always be a next time.

You may be wondering how the car versus bicycle story ended. The car driver and the three young passengers decided to make their point even stronger by speeding by me twice, once toward me and again from behind to ceremoniously “flip me off.” So, no one was harmed in the making of this story, but I have never forgotten that letting the trigger own my response could have been a painful mistake on my part.