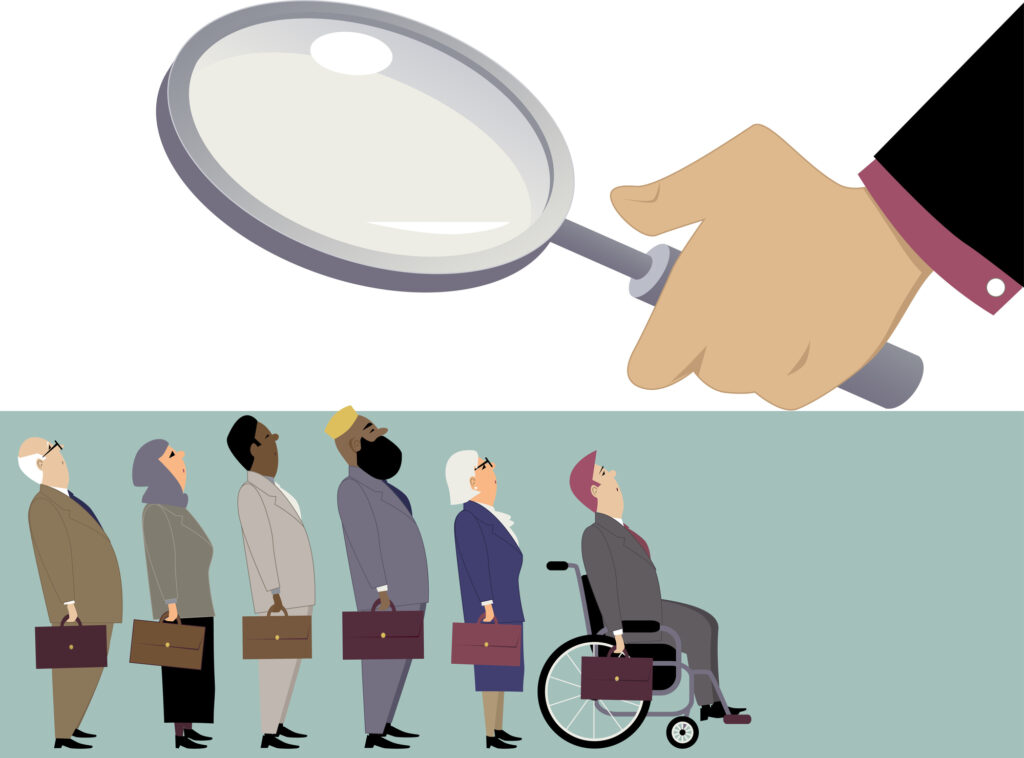 Unconscious bias – keeping your institution from winning the war for talent?

Everywhere you go, you hear about Diversity, Equity, and Inclusion (DEI).  But my question is, how do we help DEI penetrate the credit union world in a way that matters.  Let’s face it; talking about the words is not enough to make a change. You have to have diversity at the table when you are talking about it. You have to foster a conversation that allows for all voices to be heard without fear of judgment. You have to be willing to say and hear some hard truths. You have to be willing to acknowledge your own biases before any real change can happen.

Banking is still a white-dominated industry where often there are a few women and fewer minorities at the executive level.  So, where do you start? How can you and your credit union make a difference? How can having real conversations about Diversity, Equity, and Inclusion to help your credit union win the war for talent? If we are not making a name as a great place to start a career with all groups, we can’t win the war on talent? Because, when you are a 19-year-old looking for a career path and you don’t see anyone that looks like you, how can you believe in your potential at that institution?

But what are the mindsets of your current and future workers – how is it affecting your employee pool? Recently my husband and I were talking at the dinner table. For years he has said this job or that job would be great, but he didn’t know one of the skills that were listed on the postings. Finally, I told him – So what, they don’t think everyone knows everything, and the candidate that does know all the listed items is likely employed for way more money somewhere else. But then it dawned on me – the struggle of wanting to be 100% qualified isn’t uniquely a mindset of women; it is a mindset of minorities.  Because in most white-collar workforces, women and people of color are the minorities. And they know they will walk into almost any office environment in the US and be held to a different standard than their white male counterparts. That if they are not better, the whispers will tell the office they were a diversity hire.  It was like a lightbulb went off over my head! I have read and heard that no employer expects you to know everything in a job description 50-70% is enough, and they teach you the rest – which is true. But the fact is the posting itself is enough to keep people around the table at the status quo; the table where employers are talking about inclusion — contemplating why they aren’t getting diversity.  They are saying we need diversity to be relevant, but their hiring tactics keep them from having a diverse pool of colors, sizes, and genders at the table. Look at your decision table and reflect on who is having the conversations. Do they look just like you?

What does it feel like to be in a room where nobody looks like you? Where your culture, beliefs, and words are not reflected.  How can any white male know what it feels like to be in a room and have nobody else look or sound like you? Last time you went to a conference, did you look around and notice what the real breakdown was?  What was the divide between men and women? Whites, Blacks, Asians, Native Americans? Was there a discrepancy between disabled and non-disabled people? What was the economic breakdown?   Was there diversity and inclusion reflected in the planning committee? Could you look at the stage and see people of all types speaking and sharing their point of view?

How do we get there?

To really win the war for talent and allow credit unions to be the choice employer – we have to start reflecting our roots. Helping the underserved and supporting everyone. We have to be vulnerable enough to allow ourselves and our bias to make us perfectly imperfect.

Posted in career change, Career path, coaching, Culture, Human Resources, job hunting, management, organization chart, Uncategorized and tagged diversity
← Falling into a Great CareerYou have to be an Executive to be a Leader – NOT! →

Mollie is a Learning and Development Expert for a $2B+ Asset credit union. Over the past few years, she worked her way from teller to her current role. Mollie brings some fresh thoughts and compelling insights as she talks about working in a complex organization nurturing new professionals into the credit union world. Enjoy Mollie’s unique and entertaining ideas, a must-read for every aspiring professional.

View all posts by Mollie Otieno →